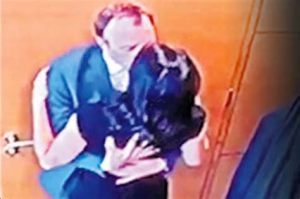 Mr Hancook is a gaffe prone idiot who made affairs illegal in covid-19 ‘lockdown’ and had a thing for Gina Coladangelo a long time friend with a jobs for friends as well as a corruption association.

It was very much a gileadian [my blog] policy* so i think the adulterer commander Hancock should loose an arm, and be assigned a handmaiden.

I am sure that illegal things are not good for politicians and making the wrong sex illegal will bite a few more politicians.  Liberties matter.

Alas i have no new shakespear [my blog] works yet.

*i am rewatching this and found the coincidence amazing Commander Putnam’s left arm is amputated below the elbow.

Is a stephen speilberg helmed production of 2014 with the star of diet coke cat woman who won a razzie for the catwoman movie which is not remembered as a good cartoon character film for being a coke commercial.

Extant has a poc, and while it garnered one series it was cancelled by cbs who used the same people to fuck up star trek being work associates of speilberg.

Extant is not really s/f as most of it is earth based.   Since i writing this in 2021 it is certainly not something i premium paid to watch.

ironically it already looks dated with these cars [my blog] already and while it suffers with a wesley crusher problem it is well done as a conspiracy thing although not one that will be re-watchable.

It is an portent [or was] as to how bad things at cbs/paramount have since become.