Professor here at zoo likes to get away from ape antics and booked a trip way before covid 19 came to menace.

While its still in the future it has been cancelled but there is no refund as the abta rules dictate and only a voucher can be given valid for two years according to the travel firm which is a bit shady.

The abuse of the rules after all covid-19 is not professors fault* is perhaps a warning that not is all well with the travel companies finances.

Since there is a time slot aspect to this it seems that the travel firm is dictating that your having to have to go and on there schedule not professors.

Somehow i dont think professor will be able to go when they want him to.

*eg slipping on a banana skin.

Zimbabwe is gucci handbag paradise [my blog] and place that when i see it in the zoo’s logs just have blog about after all the shithole  needs a mention.

I miss ‘genuine’ Zimbabwe  how amusing it is that everybody uses them to scam.  Everyday is april foolls in .zw while they show off there genuine gucci handbags.

Its sort of the new Nigeria.

I miss .zw ip’s who dont seem to connect now like they once did.

Spanish flu is not racist but Chinese flu is – both are facts.

After europe’s immigration debacle perhaps its no wonder that its effects have been bad for the native citizens of europe.

Europe leaders and Soros [my blog] hate natives and so are equally guilty of making covd 19 the thing that might  break the 27 member european union very few pay as well.

It will be interesting to see how globalisation copes with the 1919 rerun of spanish flu.

Somehow i  dont think being a chinese businessman will be the easiest.

Meters are part of modern life [my blog[  – Professor reports that after the french/american owned uk privatised based water company  fixed his year 2000 installed water metre [my blog] meant he spent 50% less than a year ago on h2 zero. Despite using the same amount of water.

Now a meter measures use through a gateway, should the  wrong gateway be wrong or leaking then the water metre clearly was installed by retards by the water professionals.

To get to this equipment fixed you need three lorries, ashalt, grass seed, numerous power tools and billed labour so your not going to do damage to council pavements with basic garden tools, thus its simply a case of twenty years bad installation of the metre since the house has modern toilets [my blog] which use 50% less water than older toliets which use double the water to remove the black water downhill.

I wonder how many more ‘installed’ water meters have been botched.  More importantly and be leaking water while accusing people of being bad water users.

Harry Spike [my blog] is a an now ex-royal and when i write this means like superman two he has no rights to using royal to sell shit despite trying too wrangle that from his grandmother who had words with her trademark office and poof no more trademark – you dont fuck with governments even ex-princes cannot as it derives from a sovereign right like market days** do as well.

Bride of Chucky [my blog] is now funding our itinerant ex-royal.  I hope that as an spare royal this option works rather then retuning to being a failed royal once more.  – I hate you plebs for taking my picture is perhaps unreasonable. both before and after being clark kented.

Royalty is due a bad patch and with king charles the third [my blog] an prospect means lean picking even without mentioning andrew and his epstien friends [my blog].

Quite how you think a disgraced press baron is a friend is well royal logic that is obviously beyond reproach. 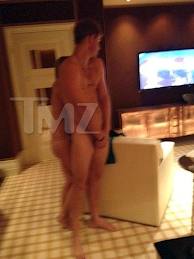 The remaining royals did the right thing in my honest opinion here after all there is at least fifty years + in the current linage so its not critical to have yet another pulling curtain operator or whatever they do.

So i am wondering what happens to the old fancy dress such as honorary pretend military uniforms that are now defunct.

It will interesting to see how well they cope being Clark Kents  [aka Spike] rather than Royals and if they can tolerate life as plebs.

Power might corrupt but to not have it is an interesting predicament lets hope he does better than Andrew now he is also sans the lycra and comic publisher*.

Its a long walk back to the fortress of solitude even without accounting for global warming.

His wife will be ok but you have to think why bother with marriage [again] when the thing you wanted is not now what you married.    I am sure Clark Kent is a great person but being Superman’s princess is not the same.

Perhaps royal-ing is boring and something to mark off the bucket list of things to do not being an american myself or it is a cia plot to remove the monarchy..

Unless something else happens i kind of doubt the curtain pullers will merit any further worthwhile discord.  Here’s hoping.

*harry the comic book character is a grade 2 junior curtain puller who i do not think will  be getting a superhero movie anytime soon. **in the olden days you asked the king for permission to have a market day and i am told markets still invite real royals to celebrate 400 year anniversaries etc of such events.  Patents originated as a sovereign permission.

I do not like apple users (my blog) – no not the fruit.

One of the things i have thought about is streaming tv services and bad hardware support from Panasonic (my blog) and others when the streaming wars hit.  For some us a retard  smart tv has already happened.

So – I got professor a fire tv stick (my blog) and found it can load apple tv on non apple hardware.  That almost sounds a crime in apple group think*.  I mean its like being a Hillary Clinton deplorable.

I pinched myself as this still validates my view that newer streaming services will still  not be available to existing smart tv’s [reducing the market size – yes you could buy a new tv every month to fix but lets be reasonable] but the fact that a  non apple hardware thing loads it is progress.  As a linux user i  cannot even open an itunes account being the zoo has no apple or apple computers there loss not mine by the way and not a whine shows some progress..

This does not mean a subscription** to it will be ever bought for black turtleneck wearing snobs but it marks a change of thinking that will piss off apple snobs but is necessary for streaming tv to be a profitable enterprise for apple.

While not a reason to validate a purchase of the fire tv thing it seems that whoever wins the streaming wars will depend on the flexibility of existing hardware and not a closed eco system.

Such coherence from apple is kind of impressive – that is if it does work and does not go closed again.

Streaming tv is just that, as an apple computer/phone is just the same as a pc or andriod phone in principle.   Apple needs money not snobs which is something apple fans like lee527xx forget.

*it exists and it always the users fault that apple design faults mean its never apples fault (my blog) .** the zoo does not have microsoft or mac computers

I read that the bank with the magic filing cabinets [my blog well worth a read] once called the royal bank of scotland is to be renamed as the natwest bank group.

It does not change a lot in fact there one ibm pc is probably still over stressed doing the work for three banks and so the name change just shows how toxic Fred Godwin still is.

I suppose a new name will mean that even journalists will have to also insert the old name the next time the rbs screws up its payment network/it systems as after all brand names have good and bad connotations and not everybody will know that the same problems still exist for natwest as they do for royal bank of scotland.

Natwest also sounds less scotish and so perhaps ‘safer’ if those randy scots [my blog] do decide to go european and lose the pound sterling currency [my blog].

Right to repair is something important if you own a phone opposed to renting it why cannot you get it fixed – or why should not a motherboard last eight years.   Your car is repairable without having to send it back to Japan so why not electronics ?

rossmanngroup on youtube is a bit nerdy but it reminds me that being an apple retard [my blog] is not good.

Yes electronics do die* and newer things may be better but do you really want to throw crap electronics away every year since samsung or Huawei etc can make more money by selling crap and selling it more often?.

Ok if like us in the monkey house you buy outright and use dirt cheap andriod phones why should you care – ok  imagine that the cost of bread increased by $600 usd per loaf unit because the farmer had to bring a certified agricultural technican out to reset a computer.   The farmer needs that drm thing to make money or no harvest and so why not make grain $1000 dollars more expensive just in case that thing you cannot think has a use does and affects you as well or soon will add a further cost to you the final user.

The war has not been won yet but if it stops me from buying apple products for being ewaste then its going to hurt apple computer as well.  I am not alone.

Remember that if you think repair of stuff you own is bad then enjoy your expensive sandwich in the future while john deere dealers live like gatekeepers.

*cheap andriod phones are actually pretty good not that i i can speak to to extra quality of samsung products and assume they too can make telephone calls.

Are broadcasters news  organisations  ? – i would say no instead they are  left leaning propaganda outlets.  A downside less blog things like this (my blog)

However back to back cringe like that  has a very short shelf life – let the media die until they start doing real work,

It is also going to be fun that the Titiania’s (my blog) of this  world have now described those ‘media’ sjws as right wing nazi’s for losing.  Somehow it seems there not woke enough now.

Click bait is unworthy of mine and yours attention.

Gigabit ethernet and usb 3 is not enough and per pi that’s £70 per 3b+ to replace each.  I am sticking with what the zoo has.

I feel that the 4 is not quite yet there.

*out of stock at my pi supplier