Not reported by the bbc because of ‘reasons’  As covered by Craig Murray who i read in blogs i read.

Your Man in the Public Gallery – The Assange Hearing Day 3

An android phone was thrown at me [my blog] once more and i was told to fix it as whatapp [not me using it] did not work.   It also had no battery left in it.  Bloody humans

Eventually i discover it had run out of space not that it told you that.  So i had to clean /andriod/dara/com.whatsapp/cache [java namespacing]

It would be nice if it was more verbose, or i did not have deal with that shit to start with..

Andriod is not particularly easy to maintain but i suppose your supposed to upgrade rather than continue with version 5.   Android really is not a operating system.

The zoo got a dmarc [my blog] email as stated it should have from google which reported both the ipv4 and ipv6 authentication results.

Great if your still have a clue what i am going on about but I have no idea if it used ipv4 or v6 to transport it which we have here in the zoo [my blog].  If inbound  its normally probably ipv4, and outbound from us its ipv6 if you have it.

It passed its tests in the zoo good news !, when it got to google then things went interesting as it failed those.

At least dmarc [including spf and dkim] does work but as to specifics well lets call it a success and leave it there.

Hmm well it got there at least.

I read that the bank with the magic filing cabinets [my blog well worth a read] once called the royal bank of scotland is to be renamed as the natwest bank group.

It does not change a lot in fact there one ibm pc is probably still over stressed doing the work for three banks and so the name change just shows how toxic Fred Godwin still is.

I suppose a new name will mean that even journalists will have to also insert the old name the next time the rbs screws up its payment network/it systems as after all brand names have good and bad connotations and not everybody will know that the same problems still exist for natwest as they do for royal bank of scotland.

Natwest also sounds less scotish and so perhaps ‘safer’ if those randy scots [my blog] do decide to go european and lose the pound sterling currency [my blog].

Just after megexit [my blog] i read in the the daily rwandian that the bbc is threatening that royal weddings of the future [mostly remarriages at this point] might be pay per view in the future if our sjw types at the bbc dont get there thought control money.

Oh dear* but with another minor royal called peter divorcing also in the news yesterday perhaps the bbc should make it into a game show royal love island [my blog] where a revolving door of unwed 40+ single mothers complete with spawns of hell compete to attract a royal and we watch it all scandals [my blog] included.

Hopefully perhaps the bbc could get Jonathan [my blog] over from canada just to be diverse too after all intersectional is a thing there and just think of the news it would make.

I think it sounds good for commercial tv too.   I am surprised that only the bbc can report on royal weddings and no other media exists anywhere in the world – by golly without the bbc how the hell would i know** about megexit or hot and spicy pizzas.

These bbc people [my blog] must be really scared about losing there money.  Anyhow what do i know

A happy valentines to you all.

** apparently only the bbc can report royal things. 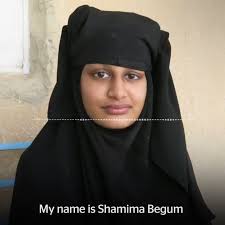 Shamima Begum is a favourite terrorist here in this blog and one of the ‘locals’ who left London to fight for deash and who survived being drone striked several times.

Having been found competent of being a whore and on her second deash husband and baby machine for deash while probably throwing gays off roofs for added community fun until it collapsed had her uk citizenship revoked when it was found out.

It went to appeal as well why would it not and they recently ruled that my little suicide bomber has bangladeshi citizenship since family although being based in London do not appear to be ‘british’ in fact some of them seem to be back in Bangladesh.

This multiculturalism is interesting so perhaps there’s something to said for it after all british values must seem racist in deash/syria then surely she got a sweet deal being deemed a bad muslim in a muslim majority country like Bangladesh.

Why – ok being that the british are shooting dead reformed terrorists [my blog] perhaps its a safer bet to give up on british values after all she might last longer elsewhere than on Streatham’s high street*.

It will be interesting to see what happens next.  Bet you a banana skin i will not be blogging again about terrorist jevohas witnesses. 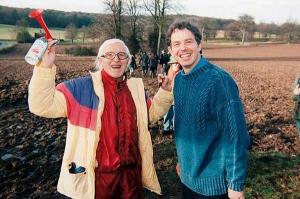 Recently a ‘beloved’ television presenter died called Nicholas Parsons who also was selling his charm for payday loans**.   That firm called wonga died a number of years ago.

Wonga had crazy interest rates for ‘borrowing’ money from subprime [my blog] people.  News yesterday means bad news for those deemed worth compensating* as a £1k debt will get 4% of that apparently.

Selling your identity to bankers is not always a good deal for the famous.   There was a film critic years ago who did the same thing and that too went sour the bank is a  business and the nice image tarnished not them but the as seen on tv person.

I am sure that bank [or assets of] still exists but the reputation of the critic is still unsavoury.

With wonga [cash slang word] deceased and also parsons being mort one day after that it perhaps was unfortunate that when death came it reminded me that both of them are linked even f the media did not link them.

*think ppi [my blog] **promoting misery and fraud in some cases

As a user of libraries [my blog] i have a number of problems with them and when i occasionally request items i get some bullshit excuse like its not published in the uk yet.

And they wonder why libraries are empty.

So while i could buy it easily myself as a publishing house here in the ukk cannot be arsed to ‘print/distribute’ it its not going to be in a uk library.

Libraries seem to have odd new rules say promoting the msm to prevent ‘right wing news’ over books*.  Perhaps i am too current even though four months has passed since its first publishing.

But what do i know and no must be the right answer yes?

Rick and Morty (my blog) is something i discovered on netflix even if my scheduling here is way off**.  When it takes a month to discover  who won a book prize i am not hot on trends or will not blog specifically about on release..

However last year i found out Rick & Morty was no longer to be on netflix but a local broadcaster on free to air tv this is the streaming wars and if warner brothers cannot do a eu streaming service and not sell to netflix then local tv is perhaps there only viable option.

I am surprised that the old people at the crusty broadcasting company get* rick and morty and they bought it.

Rick i understand uses debian so i cannot fault the character os taste – so yes Microsoft software is uncool.

Netflix will be be retained, and since i am selective in what i see will not justify a subscription to a new service even if available***.  I can do with out rick and morty being the only wb show on netflix i watch.

So who is wise and fool might well be both local broadcaster and the person who hates netflix at warner brothers.

As it now has adverts – i will record it and see it mostly in the way i saw it on netflix.  Another problem is the swearing so it is f***ing awful to watch.   Somehow it also broke there streaming website [not netflix] on the second week.

Rick and Morty is still fun but the nuiance i think is probably misplaced for a mainstream audience i wonder how many people thought of ashley madison (my blog) in the second week.

Then it disappeared from the screens four episodes in.  I hope i remember to remind myself about this being a viewer after all netflix is way more convenient than the vaguarity of tv schedules.

*not the normal thing imho. ** I hit reschedule *2 *** dubious this is trap cbs has fallen into too.

I and Sally [my blog] are not fans of the mobile phone, despite me being that it ape who  mysteriously ‘knows’ about your phone when its broken but who does not have one*.

Whilst collecting the daily rwandian  our newspaper of choice there was a poc** on such a device getting nagged on for all to hear.

Your call was that important although it may have been a hate crime/micro aggression and that poc might have been a criminal abusing a female or a tranny called Jonathan [my blog] in canada.

Everybody looked at the poor henpecked man and probably thought more charitable thoughts than i did.   With my luck i will probably have to fix his phone when it breaks even though i have no idea who he was.

Anyhow i am so glad i do not have deal with kind of crap.

*love the logic fun fact – android 4 does not support ipv6 [my blog] . **a person of colour if your not woke [my blog]