isbn: 9781911617105 was another economist pick of 2018 and is a very  light read.  It deals with apollo 8  which orbited the moon and won the short lived space race so much so after golf on the moon the manned space things  have stopped.

Written in an optimistic style it feels a bit like a pr release.   It briefly moves out of this in short paragraphs but dont expect much.

It is a shame that space remains mostly unknown.

So i was watching Sabrina  (the tales of) the netflix version about a young witch being its Halloween last year to see if the npc/social terrorists/sjw had a take on it. If the force is a mary sue then Hollywood will have a sjw take on it

It was ok if very low on npc values after all even netflix would probably steer clear of Stalin worship, quite fun with saul tigh (my blog) in it and made some good points about school book censorship (my blog) and religion even if mired in levels of double think.

I really dont care if there gay or lesbians in the main characters but with only one true transgender character not in a major role it felt not very woke.

Nether did it attack organised religion – golly these npc’s are very boring.

One area of interest to me was that satan was also perceived to a patriarchy type figure to witches despite being the free will aspect of humanity and after botching the debate as to church membership it seems that witches are too unwoke even for our friends on the left  – how dare witches worship a man i mean the horror.

The ethics of satanism was interesting even if it felt like there was a morality lesson in it like should Antifa hit people with bicycle chains because there not left wingers and not on there ‘side’.

So what did i take from it ? Well  sjw think needed a huge dilution to make it capitalist even for netlfix to fund. Satan is a misogynist and women in wicca [witches] seem to be unwoke for the left.  I wonder if stalin would have killed witches.

Oh well that is the left for you.

Then about december last year a christmas special was released, and it returned in april.   Oddly it was not released in October [now]   Maybe the the future streaming wars mean its over being it is anothers studio’s property.

It was quite entertaining but it seems when the left can attack both good and evil they still end up eating there own.

With this out and a sjw buffy reboot rumoured i do wonder if perhaps there are too many special mary sue girls doing there thing.

Anyhow know where it is it appears halowean actually was in april.

Feel free to replace npc with the other terms

If your a black lives matter (my blog) fanboy then your well equipped with thought crime advisory before and after the 1930 text. It reminds all including the blm comrades that Africans also benefited from slavery (my blog) aka why you see Grace (my blog) something one side does not like to mention there is a 1% of african’s too.

Cudjo Lewis is an arbitrary last slave alive in 1930 and who was at least documented and it appears to originally come from Nigeria (my blog). The original is in sing song english and pretty much unreadable.  The preface is better translated,  i never bothered  with the afterword,

This is one of those books many sjjw’s will not read despite being targeted at them and one i found interesting.

So it is laden with memories, an mathematician and the truth which depending upon your view is or is not how it happened.

Our science journalist (my blog) never gets close to any answer but three paths are laid out.

1/5 bananas i guess you pick an likeable ending.

isbn:9781788543118 Is about Dr David Kelly is died in iffy circumstances.   The inquiry into his death and interference by a seventy year suppression of the outcome  make me think politicians and press had some responsibility.

Perhaps neither the 4th estate (my blog) or politicians (my blog) are fit to rule, or watch each other.

winnie the pooh for some

isbn: 9781846044960 is non fiction and confirms this (my blog) set during 1950’s it documents the laogai something that chinese fiction writers (my blog) still will not mention..  Published in 2008 it is now only getting a translation and china still dislikes such honesty and prefers false recollections.

I suggest you find a copy – Hong Kong publishers and swedish citizens have been known to be disappeared because of this.

imdb: tt5013056 is a Christopher Nolan (my blog) film and pretty grim none the less worth a see.  For a non superhero film to get a non January release date appears that he is offered opportunities few are

3/5 bananas not sure i would want to see it again. 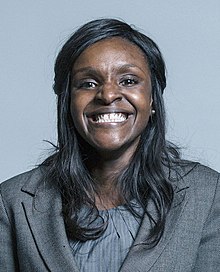 Fiona Onasanya (my blog) has been ‘de-platfromed as mp – i wonder how many other politicians willl pay the price for being  Vichy collaborators in not delivering brexit.

I expect it will not be nice for traitors and scum like Fiona Onasanya.

Monday will not be a nice day

This is fiction in translation and after a bit of library hassle i found a copy which i could read.

Ninh has obviously done what the fictional people have and reminds us all that both sides suffered however it seems non fiction is bad.

Is this pbs documantary (not here) from Ken Burns – i saw it on netflix and can highly recommend it.

The tone is well set with the better music and most sides although the french are ignored. and deals with the more american aspects.

Running to twenty hours it steals a few tricks from Erol Morris (my blog) who also does good work although the sound quality suffered in there version.

The dogma and lack of facts are scary in hindsight and is something both red and blue parties are still possible to do.